Mario Rigoni Stern is one of the greatest writers of our twentieth century, atypical and original, and impossible to add to any literary movement. For the clear style and the strong code of values he can be compared only to Primo Levi and Nuto Revelli.

He was born in Asiago on November 1st, 1921, a few years after the end of the First World War, which had left the main part of the Asiago Plateau’s villages and woods destroyed, and died on June 16, 2008.

In his books, mostly autobiographical, he told about his youth in Asiago after the First World War’s destruction, his Alpino’s years fought on three fronts (France, Albania, Russia), the ones as a prisoner in Germany, and finally the peace found again in the nature of its small fatherland.

Among his best known works, there is Il sergente nella neve (The Sergeant in the Snow) first, epic tale of war and solidarity among young men overwhelmed by the great history, published in 1953. And then stories about nature and mountains, about men and nearby or far wars: Storia di Tönle (The story of Tönle), Stagioni (Seasons), Il bosco degli urogalli (The Wood of the Capercaillies), Arboreto salvatico (Wild Arboretum), L’ultima partita a carte (The last game of cards), Le stagioni di Giacomo (Giacomo’s seasons), L’anno della vittoria (The Year of the Victory), Quota Albania (Height Albania), Aspettando l’alba (Waiting for the dawn).

He was the writer of the Sette Comuni Plateau, and after his return home from the war, he never wanted to go away, but his books have been translated all over the world, because of his ability to write and the ethical values that shine through his pages are recognisable at all latitudes. 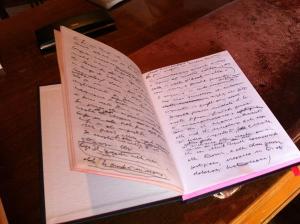 In The story of Tönle he was able to tell one hundred years in a hundred pages and then, a few years later, in The year of victory, to tell with the same number of pages a single year of its Plateau. He was then a narrator ready to reinvent himself, ready to try new ways of telling stories, as in his latest book Seasons, different from the previous ones in its way of giving rhythm to memories and events.

Rigoni was a storyteller, not a novelist; his pages tell stories and events directly experienced or learned from others, nothing is invented, with a clear and sometimes poetical writing, with short sentences, but rich in a complex and accurate vocabulary. He had not been able to study as he wanted but he would always read a lot, and flipping through his books, you can hear the echo of those readings: the Chekhov of the short stories, the Hemingway of some intentional repetitions, but in his writings hendecasyllables resulting from his deep love for the Dante’s Divine Comedy may be even found.

He always avoided entering his books comments, messages or explanations, but between the lines the careful reader can grasp profound thoughts on ethics and nature. When once asked if he had a direct message for youngsters he just said, “Turn off the TV, read good books and fall in love.” He was a great writer, but also a man of high moral conscience. All yhose who want to turn him into a good icon for all seasons, would be wrong. He had strength and sensitivity to be highly indignant when he saw injustice prevailing among men and the speculation destructing the natural environment. He hated rhetoricians and demagogues, overbearings and dishonest. 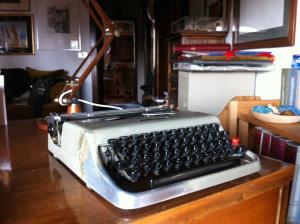 In his later years, Mario Rigoni Stern was aware of having lived the adventures and dreams of his youth, fought and resisted war and captivity, created a family, written good books, taken a position when it would not be right nor serious to keep quiet. To have really lived, to have not “let himself petrify by the slow snow of the days.”

So his literary, civil and moral heritage, which transcends time and place, continues to involve us even today.